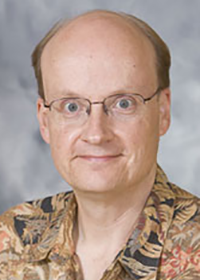 Ph.D. in Pharmacology, University of Michigan

Stress is a significant factor that can precipitate, exacerbate, and maintain psychopathology. Various neurotransmitter systems and intracellular transduction pathways have been implicated in mediating the stress response and linking it to psychopathology. The corticotropin-releasing factor (CRF) system is among the most important systems that have been identified. Over-activity of the CRF system is implicated in depression, anxiety, and perhaps other stress-related disorders such as irritable bowel syndrome and treatments aimed at reducing the activity of CRF may be very effective for these disorders. The focus of my work is the molecular regulation of the CRF system in response to acute and chronic stress exposure. To mimic in vivo conditions we use cell culture techniques to study the regulation of CRF receptors at the levels of signal transduction and receptor desensitization and resensitization. Using the techniques of molecular biology we are identifying the important genetic elements that control the expression of the various components of the CRF family of genes of which there are currently seven known members. Our focus is on identifying the important control regions in the promoters of these genes, which represent potential locations for physiologically significant polymorphisms that could affect how an individual responds to stress and the potential for developing stress-induced psychopathology. We are also using gene-chip technology to identify gene expression changes in normal and pathological responses to stress that are mediated through activation of the CRF receptors. Finally, we have post-mortem human brain samples from patients that suffered from schizophrenia, major depression or bipolar disorder as well as a control group. We are currently identifying gene expression changes in the CRF system in these samples at the level of mRNA and protein that may be associated with one of these disease states. By identifying gene expression changes that are associated with abnormal responses to stress we hope to identify novel drug targets for the treatment of stress-induced psychopathology.