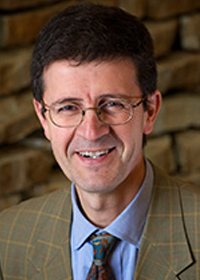 The Molecular Mechanisms Responsible for the Cognitive Decline That Accompanies Aging, and the Molecular Pathogenesis of Neurodegenerative Diseases

Our research uses multidisciplinary approaches on in vitro, ex vivo, and in vivo models.  Such approaches include biochemical, cellular, and molecular techniques, as well as electrophysiological, cognitive/behavioral, and structural analysis.