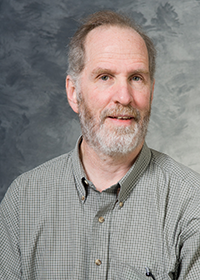 Excitability, Synapses, and Circuits in the Nervous System

As essential units of connectivity in the nervous system, synapses wire neurons together into extraordinarily intricate circuits. Specialized synapses and complex circuits work hand in hand to allow different brain regions to encode, process, and store information in distinct ways. This enables the nervous system to perform sophisticated computations and generate widely varying forms of behavior. My laboratory has two major programs of research focused on opposite ends of the synaptic spectrum. At one end we study the molecular mechanisms of synaptic release and at the other end we study the activity of neural circuits. Approaching synapses from these two opposite poles creates a synergy, and makes my laboratory a vibrant environment for neuroscience research. Our work on synaptic release deepens our understanding of circuitry and our work on circuitry places our synaptic release work in a broader context.
We study exocytosis by focusing on fusion pores, a fluid connection between the vesicle interior and the extracellular space. Exocytosis begins with the formation of a fusion pore, and measurements of fusion pores enable us to probe their structure and learn what controls their opening, closing, and expansion. Our work in endocrine cells showed that synaptotagmin, the Ca2+ sensor of exocytosis, regulated the stability of the fusion pore; Ca2+ and synaptotagmin accelerate both fusion pore formation and dilation. We have also shown that mutations in the transmembrane domain (TMD) of the synaptic SNARE proteins syntaxin and synaptobrevin alter the flux and conductance of nascent fusion pores in a manner consistent with a model of the pore lined by these protein domains. We are continuing to study fusion pores and to use this key intermediate as a window into the mechanism by which Ca2+ triggers synaptic and endocrine release.

At the other end of the spectrum we use optical sensors of membrane potential to image electrical activity of many neurons simultaneously in intact neural circuits. Circuit mechanisms for information processing and storage define a new level of organization of neural circuits that goes beyond classical connection diagrams. When connections are not random this has implications for how the brain stores information as patterns of synaptic connections. We use voltage imaging with both synthetic and genetically encoded optical probes to investigate patterns of connectivity in neural circuits. Synthetic voltage probes are not very specific, but their speed and sensitivity make them especially powerful for many applications. We have used synthetic voltage sensors to chart out the potentiation of synapses in the hippocampus. By imaging spatial patterns we have tested the basic model pattern completion for the recall of stored information in the nervous system.

In contrast to synthetic probes, genetically-encoded voltage probes can be targeted to selected cell types with high specificity. This offers a general approach to the dissection of different elements of a neuronal circuit and how they are wired together. We have harnessed the powerful method of targeting based on Cre recombination and have recorded voltage signals from a host of different genetically defined populations of neurons using various Cre drivers. We are using our newly developed ability to image voltage changes in targeted cell types to probe neural circuit microstructure and determine how each type of neuron contributes to information encoding, processing, and storage.