Credentials: Associate Professor of Medicine in the Division of Geriatrics and Gerontology 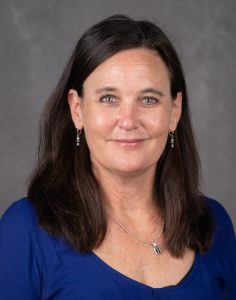 Geriatrics and Gerontology, Department of Medicine

The driving force behind my entire research program has been the desire to improve diagnosis and treatment of Alzheimer’s disease (AD) and related dementia (ADRD) for all individuals including women, African Americans, Indigenous people and other groups traditionally under-represented in research. African and Indigenous Americans are the racial groups at greatest risk for late onset AD; yet these populations are recognized later in the illness and less likely to be included in AD research compared to non-Hispanic whites. Laboratory members are included in efforts to develop stakeholder relationships in racialized communities withthe goal of improving timely detection of ADRD in groups most effected by the disease, yet under-represented in research. This community-engaged work has led to several funded projects. I am PI on the R01-funded African Americans Fighting Alzheimer’s in Midlife (AA-FAIM; NIH-NIA R01 AG054059), leading the project from its start in 2016 and renewal in 2022. In the AA-FAIM study we have obtained blood-based biomarkers and neuroimaging studies from several hundred African Americans. CSF collection is also on-going. These longitudinal data allow us to clarify the association between preclinical disease markers and longitudinal cognition, and to examine the contribution to ADRD of cardiovascular and metabolic diseases, mood and stress related to experiences of discrimination among other modifiable ADRD risk factors. As part of this project, we are exploring the viability of a cognitive markers and plasma biomarkers for AD based on our research participants’ priorities. Specifically, African Amercian community members challenged us to develop non-invasive means of measuring early disease-related changes, rather than simply relying on invasive biomarkers.