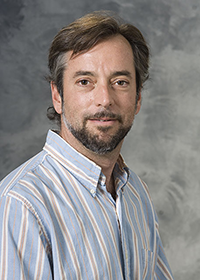 Ph.D. in Neuroscience, University of Wisconsin-Madison

Research in my lab centers on how changes in brain activity and connectivity result in changes in consciousness. We study this question in human subjects and rodent models using behavioral assays as well as imaging and electrophysiological measurements focused primarily in neocortex and thalamus. Our areas of interest include mechanisms of loss and recovery of consciousness under anesthesia, the overlap of these mechanisms with changes in arousal during natural sleep, the link between inflammation and brain function during delirium, and the mechanisms whereby psychedelics ameliorate psychiatric disorders (depression, substance use disorder). • Anesthesia and sleep. Despite being in widespread use since the mid-19th century and administered to 20 million patients annually in the US alone, how anesthetics cause loss of consciousness remains one of the great open problems in biomedical science. We have shown that anesthetics do not just turn the brain off, nor are changes in information content of brain activity related simply to changes in arousal state. Rather, anesthetics disrupt the integrative processes of the brain through a complex set of molecular, cellular, circuit and global effects. We use rodent models (in vivo and brain slice preparations; patch clamp and multi-channel electrophysiological recordings; calcium imaging) as well as human subjects (intracranial electrophysiological recordings from neurosurgical patients; structural and functional MRI; computational models) to explore the effect of anesthetic agents on signal processing (auditory, visual) and connectivity (single cell; network) and relate those effects to changes in arousal. In addition, we investigate how these changes under anesthesia overlap with those observed during natural sleep in an effort to identify the neural correlates of loss and recovery of consciousness. • Delirium. Delirium is an acute disorder of consciousness involving reduced attention, disorganized thinking, and fluctuating arousal levels that often affects sick elderly patients and especially those undergoing high risk surgeries. It is a condition that is associated with substantially increased mortality, prolonged hospital stays, and long-term cognitive deficits, but is bereft of therapeutic interventions. We know that inflammation is the predominant acute cause of delirium, but how inflammation induces such a drastic shift in cognition remains unclear. We study this question in a mouse model (electrophysiological recordings, protein assays), in which injection of lipopolysaccharide induces the key electrophysiological signatures of delirium (increased slow wave activity even during wakefulness, altered cortico-cortical connectivity) in order to identify the signaling pathways linking inflammation to changes in brain function. • Psychedelics. Major depressive disorder and substance use disorder are widespread and are associated with a tremendous cost in terms of family disruption, lost productivity and medical care. Even when current treatment options are applied, these disorders often progress, reflecting the inadequacy of currently available medications for many patients. Classical psychedelics such as psilocybin have shown remarkable promise in ameliorating these seemingly disparate disorders, prompting a surge of interest in their mechanisms of action in both the healthy brain and in patients. We are investigating these questions in mouse models of depression (behavior, electrophysiology) and in human subjects (behavior, functional MRI, EEG).

As a faculty trainer in the Neuroscience Training Program and mentor to undergraduates, graduate students, post-graduate fellows, and junior faculty, I am committed to fostering and nurturing diversity, equity, and inclusion in all facets of academic life and in the larger community. I interpret this commitment as a charge to recruit, mentor and graduate students from underrepresented and marginalized groups with care, kindness, and rigor. As a white heterosexual cisgendered man, I have worked hard to unlearn patterns of interaction that are barriers to success for all students and colleagues. I have completed several UW diversity training courses, have participated in the Reverend Nehemiah’s Justified Anger program, and continue to read widely to supplement my knowledge base. I recognize that these mentorship opportunities and diversity training programs are only one part of an ongoing process to identify, challenge, and eradicate inequity from our community. I am dedicated to continued and lifelong participation in that process.