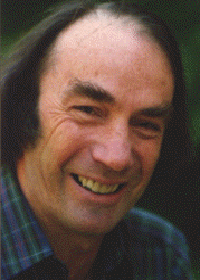 Structure and Function of Neuropeptides in Nematodes

The major aim of my laboratory is to understand the way the nervous system controls behavior. We now know that the “simple nervous system” of the nematode Ascaris has much more complexity than was ever imagined–the chemical signaling system it uses are very diverse, and we are sorting them out. These signaling systems include the neuropeptides, which we are devoting a major effort towards identifying and sequencing; other signaling systems that we have worked on include serotonin and glutamate, both of which play an important role in the motor nervous system. These signaling systems typically are involved in the process of neuromodulation, and each chemical involved affects the system in a different way. Some produce profound effects on the neurons they influence, and others have subtle effects. Different chemicals affect different subsets of neurons. Neuromodulation is a matter of details, but the details matter.

We are developing new techniques for identifying peptides in a complex mixture. I am currently excited about a new class of antibodies that we are developing. These are generic antibodies that recognize specific C-terminal dipeptide sequences, and we have found many new types of neurons that contain peptides recognized by these antibodies, implying that they contain novel peptides. We are also using MALDI-TOF mass spectroscopy to search for new classes of neuropeptides. The most significant advance this year has been the use of dissected nervous tissue from single worms as the immediate target in the mass spectrometer. This has provided amazing sensitivity and specificity, and several new peptides have been detected and sequenced. We are now raising antibodies to study their cellular localization. The overall conclusion we have reached is that there is a large number of as-yet undescribed peptides in Ascaris. We have also successfully implemented for the first time in Ascaris an in-situ hybridization method, and have determined the location of the transcripts of 5 peptide-encoding genes.

One recent result that we think is of profound importance is that although the neurons of Ascaris and C. elegans are morphologically the same (C. elegans is a miniature version of Ascaris), and although many of the neuropeptides found or predicted from gene sequences are identical or very similar in the two species, the cells in which the peptides are expressed are almost completely different. We used three techniques (in situ hybridization, immunocytochemistry and mass spectrometry) to detect peptide expression in Ascaris, and obtained congruent results with each technique. Expression of peptide encoding genes in C. elegans has been reported using GFP constructs. Out of 16 cellular comparisons, 15 are different. Only one neuron so far has shown the same peptide expression in the two species. We conclude that the cellular expression pattern of peptides may be an important part of the way a nearly identical structure can produce different behavior.