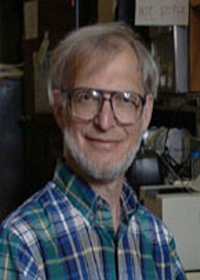 After entering the gut, neural crest cells migrate, proliferate, and differentiate to form the intrinsic neurons of the gut. These neurons are located in ganglia along the length of the gut. Within a single ganglion, neurons of different transmitter phenotypes are found. These neurons form a network that controls the motor behavior of the gut. Thus, enteric neuronal circuitry is generated that processes intrinsic sensory information and produces a motor output, independent of the CNS.

Our interest is in elucidating the arrangement of the neurons in the enteric neuronal circuitry and mechanisms involved in the formation of this circuitry. Formation of the circuitry involves understanding what triggers the differentiation of precursor cells into neurons, what determines the type of transmitter synthesized, and what controls the neuron’s finding the correct postsynaptic target. Growth factors play a major role in these processes. We are interested in determining both the location in the gut and the transmitter phenotype of daughters of a single progenitor cell. Our in vitro studies involve culturing neural crest-derived precursors to determine the role of the microenvironment on transmitter differentiation.