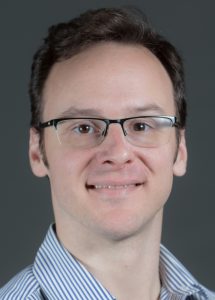 The overarching goal of our research is to understand the neurocircuitry that confers risk for psychopathology following traumatic event exposure. Existing neurocircuitry models of PTSD and trauma exposure mainly emphasize hyperactivation of the amygdala and dorsal anterior cingulate cortex to threat and hypoactivation of the medial and lateral PFC during fear inhibition and emotion regulation. While a large body of data supports these models, the goal of our research is to refine and expand these models to encompass important observations that are not well explained by these models. First, we are testing the neural mechanisms that encode symptom reductions during treatment among individuals with PTSD. We are conduct ing one study that is probing the role of dopamine neurotransmission as a means of enhancing the consolidation of fear extinction learning memories among women with PTSD and thereby reducing behavioral, physiological, and neurocircuitry indicators of fear responding upon subsequent CS+ reminders. Another study is using real-time fMRI neurofeedback to build an ideographic whole-brain model of trauma-related neural networks and then teaching women with PTSD to self-regulate this ideographic network and testing the subsequent impact on emotional responding during trauma recall. Second, we use computational modeling of social-decision making tasks to characterize differences in neural encoding of negative social prediction errors among individuals who have experienced early life abuse. Our working hypothesis is that early life interpersonal violence exposure weakens the neural encoding of negative social prediction errors in the salience network, which confers the heightened risk for revictimization observed among individuals exposed to early life abuse. Finally, an overarching framework for examining the neurocircuitry of PTSD and trauma exposure focuses on large-scale neural network models. The field of neuroimaging is shifting towards a model of the human brain as a spatially distributed network of information processing. As such, it is not clear how node- or region-specific models, such as neurocircuitry models of PTSD, fit into larger-scale network models. We are conducting research seeking to merge node-specific findings specified in models of PTSD into a larger models of neural network organization or dysfunction observed among individuals with PTSD.